Make an anglaise with milk, sugar and pasteurised egg yolks.

Remove from fire, strain the anglaise.

Melt the chocolate and add it to anglaise.

Whip the cream on a separate bowl to soft peak then fold into the mixture.

Mix marzipan with sugar (A) with a paddle.

Slowly add the eggs and egg yolks, scrape and make sure there is no lumps, then change to a whip and whip it to light.

Whip the egg whites and sugar (B) till stiff peak and gently fold into the egg yolks.

Fold in the sifted flour and cocoa powder in three additions.

Drizzled and fold in the melted butter and cocoa mass mixture.

Cover the biscuit with pecan nuts and bake at 190°C for 9 minutes.

Heat the egg white and sugar till 50°C and whip airy.

Combine with icing sugar with a spatula, followed by the cacao powder and the pecan powder.

Pipe on the tray.

Cook the milk and glucose and add this to the gelatine mass and dark chocolate.

After add the cream and banana and mix with the handblender and store overnight before whipping.

Mix trimoline A, sugar and water and boil till 110°C.

Place the trimoline B and the gelatin mass into the mixing boil.

Mix both together whip till airy.

Fill up the silicone mould with Guayaquil extra bitter 64% and pour it empty again to make it as thin as possible.

Followed by some chocolate banana whip ganache that has been piped on top.

Cover that with dried meringue, close the buche with another layer of dark chocolate sponge and place into the freezer.

Spray the cake with the Dolce Velluto Spray Pavoni Italia red DV1, and pipe the soft Marshmellow sprinkled after with some snow sugar and cover with some toasted nuts. 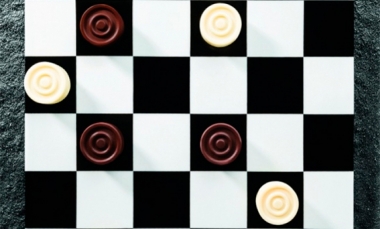 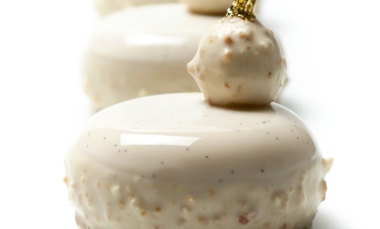 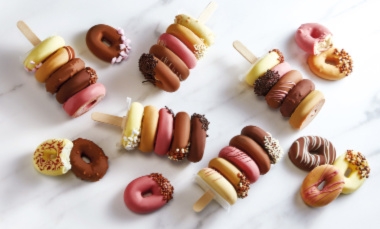 RAINBOW STICK COLD SEMIFREDDO BASE In a stand…

RAINBOW STICK COLD SEMIFREDDO BASE In a stand… 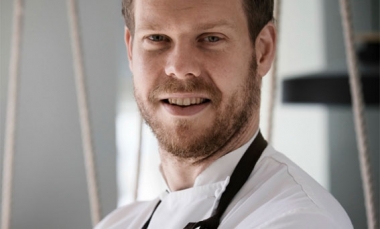 At the age of 19 started out originally training… 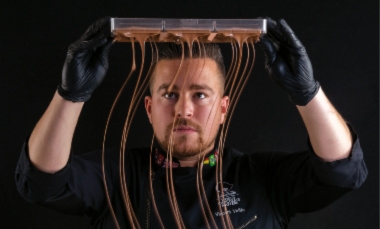 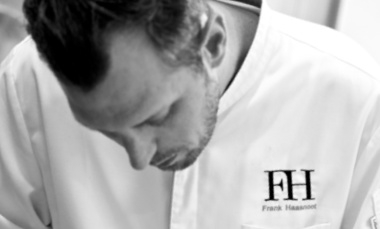 Discover the collaboration between the World…

At the age of 19 started out originally training…

Discover the collaboration between the World…